Battling insurance companies alone is risky and could result in a very small monetary award compared to what you may be entitled to. Insurance companies want to settle quickly and know that you are under stress to pay bills. They will offer a low cash settlement if you sign their contract. 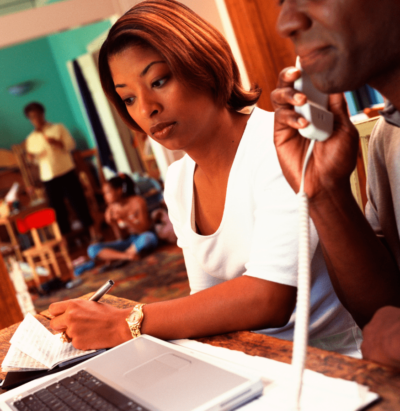 Do not sign anything with the insurance company until you call us first! It could cost you thousands of dollars. Your future depends on it. Call or email Jim Tiller Law now for a FREE Consultation. No Fees, No obligation.

Call Jim Tiller Law for a FREE consultation on your case.  We will let you know if you have a case or not. There is absolutely no fee for this service. We are here to help!

No Recovery, No Fee till you Win

Mr. H. was a self-employed, hard-working, business owner who ran his own electric service business in Williamson County, Tennessee. He followed all the rules, had employees working for him and engaged in much of the physical work himself. Mr. H. also kept his workers’ compensation coverage updated on his business by timely paying his premiums.

Unfortunately, on June 2, 2004, Mr. H. seriously injured his neck while using a jackhammer on one of his jobs. He sought medical treatment shortly after his injury. As days passed, Mr. H. never got better but instead, got worse.

Mr. H. reported his injury to his workers’ compensation insurance carrier fully expecting them to support him during such a difficult and uncertain time. Instead of accepting the claim, paying for his medical care and providing him payment benefits while he was off work for medical treatment, the insurance company refused to accept his claim.

Three months after his injury, Mr. H. underwent surgery on his neck. He was told by his doctor that he would never fully recover and that his neck injury was permanent. With no income coming in and facing an uncertain future, Mr. Hardison called Attorney Jim Tiller.

Jim handled the lawsuit in the Circuit Court of Williamson County. (Case No. 05331). The insurance company continued to deny the claim.

For over thirty (30) years, Mr. W. was a hard working, industrious employee for a local factory in Davidson County, Tennessee. Mr. W. truly believed that his years of dedication and loyalty to his employer would be honored and remembered in kind.

However, on August 13, 2007, Mr. W. seriously injured his right shoulder while working on the job. Mr. W. went to the workers’ compensation doctor who later did surgery on his shoulder.

The doctor told Mr. W. that even though he had sustained a permanent injury to his shoulder, he would be fine to go back to work without restrictions. Instead of taking Mr. W. back to work, his employer let him go saying that they no longer needed him.

Mr. W. hired Jim Tiller as his attorney. When the employer’s insurance company tried to settle Mr. W. case for much less money than the case’s worth, Jim advised Mr. W. not to take the quick money. Mr. W. turned down the settlement offer and Jim filed a lawsuit in the Davidson County Chancery Court. (Case No. 08-2474-III).

Shortly before trial, Jim obtained a settlement for $105,000.00 for Mr. W.; a substantially larger settlement than what was initially offered at mediation.

Mr. L. was a long time employee with the State of Tennessee when he injured his back at work. Mr. L., recognized the need to call an attorney right away and contacted a well known, highly advertised firm in Nashville, Tennessee.

At the time, Mr. L. did not know how bad he was hurt. The well-known law firm thought that Mr. L. case was too small and was not interested in helping Mr. L. The workers’ compensation doctor returned him back to work after some conservative treatment. Mr. L. was still in pain.

Mr. L. called Jim Tiller. Jim helped get Mr. L. obtain the medical care and benefits he needed. Mr. L. went back to the doctor and further tests revealed a herniated disc in his lumbar spine. Mr. L’s injury was serious and required surgery. Mr. L’s recovery was long and difficult. Jim stood by Mr. L. throughout his case and gave him the legal help he needed each step of the way.

When the workers’ compensation doctor gave Mr. L. a minimal rating of medical disability, Jim sent Mr. L. to another doctor whose evaluation gave Mr. L. a much larger rating for his injured back, which prevented Mr. L. from working.

RESULTS:  Mr. L. won his case and got more than double what he was initially offered by the employer.

Pam was injured on the job while working in a fast food restaurant. She sustained a painful rotator cuff tear while lifting something heavy. The company denied her claim and fought her vigorously the entire way.

RESULTS: Despite the opposition from a huge, well-established franchise, chain restaurant, Jim took her case all the way to trial in the Davidson County Chancery Court and won her a generous, lump sum award.

At the time of her injury, Joyce was by all accounts a hard working employee who worked for a factory all day long in a job that was physically strenuous and demanding. On average, she worked anywhere from 60 to 72 hours a week.

Over a period of time, because of the stress and strain on her back, Joyce sustained a gradual injury to her back. Joyce’s employer knew she was having back problems on the job due to the demands of her work but never offered to send her to a workers’ compensation doctor. On one occasion, Joyce was in the shower room in tears and walking with a cane because the pain was so bad.

Joyce went to a doctor for her symptoms and later underwent back surgery for a herniated disc. Her employer denied the claim and then sued Joyce in court for a ruling on her workers’ compensation claim.

Jim, along with another local attorney, took over Joyce’s case. The case went to trial in the Chancery Court of Davidson County. (Case No. 02-3885-III). Joyce won on the issue of sustaining a work-related injury but the Chancellor also ruled that Ms. Austin failed to give the required notice of the injury to her employer within the time frame set forth in the workers’ compensation statute.

Christine worked at an aircraft plant in Middle Tennessee when she fell injuring her left knee. A bone fragment had to be removed from her knee during surgery and it left her with a painful and permanent injury.

The employer, while accepting the claim, denied that Christine’s injury was serious enough to entitle her to the money that Jim felt she deserved. The employer still refused to offer a settlement amount that would have been reasonable and fair her injuries.

The case went to trial in Nashville and the court ruled that Christine sustained a 50% disability to her left leg as a result of the injury. (Case No. 03C-3354). This award resulted in a considerably larger amount of money than what the employer had offered her.

RESULTS: Jim continued fighting for Christine on appeal. Following the appeals process, the Appellate Court came back with a decision that upheld the trial court. Christine’s victory was final at last and she was awarded just compensation for her injuries.

Call Jim Tiller Law for a FREE consultation on your case.  We will let you know if you have a case or not. There is absolutely no fee for this service. We are here to help!